Outings to films have been arranged for the first Tuesday of each alternate month. Commonly we have attended the Nova Cinema, Carlton; the Kino Palace Cinema, Melbourne; or Palace Cinemas at Pentridge, Coburg. Members often stay to enjoy luncheon together to discuss the film. Films are commonly chosen by popular vote at the preceding normal Club meeting.

The last film outing was in November to the Pentridge (Palace) Cinemas, Coburg. Quite a few members attended for a screening of Mrs Harris goes to Paris. Please click image at left for details of the film.

The next film outing will be on Tuesday 7th February 2023.

In July some members attended Palace Cinema, Coburg, to see the French film Lost Illusions or the new Baz Luhrmann film Elvis. For details of the films please click the images.

The September film outing was also at Palace Cinema, Coburg. The group attended a screening of Good Luck to You, Leo Grande. Nancy Stokes (Emma Thompson), a 55-year-old widow, is yearning for some adventure, human connection and some sex. For more information, please click on the image at right.

After the 2020 Covid-19 pandemic closure, the only film outing possible for 2021 was held in May. Several members saw Antoinette dans les Cévennes. Antoinette, a school teacher, is looking forward to her long planned summer holidays with her secret lover Vladimir, the father of one of her pupils. Click on the poster for more information. 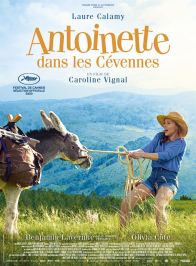